A tour of Tomorrowland.

The brothers, Manu and Michiel Beers never imagined the long journey that awaited them after their debut in Boom, Belgium back in 2005. Tomorrowland is an electronic music festival that has just celebrated its 15th anniversary and has always stood out for its elaborate and spectacular stage productions. That's why Tomorrowland presents Dimitri Vegas & Like Mike, is one of the events with the best reputation in Ibiza and with the largest attendance in Ushuaïa Ibiza, an event you won't want to miss!

It was a good year for international DJs, many artists stood out from the roster, names such as Jooris Voorn, Martin Solveig, Felix da Housecat and Laidback Luke started the festival with the right tone in its first year.

Nature and the sun were the themes of this year, that managed to bring together on stage, artists such as like Swedish House Mafia, Dimitri Vegas & Like Mike and the sound of Cocoon.

One of the key concepts for that year in Tomorrowland was “life”, with an introduction video to ancient mythology. A huge production that was accompanied by a stellar line up of the best artists of the moment such as David Guetta, Carl Cox, Nervo and Nic Fanciulli just to name a few. Tomorrowland was growing in visual storytelling and in reputation.

This year´s edition went into the world of books and fantasy stories. An opportunity to present the “storytellers” and the magic of books. “The Book of Wisdom” was used as the background for this year´s rendition of the festival and reinvented the way stage design of that magnitude can be made. An idea and style that has inspired and travelled the world over, being present in the first editions of TomorrowWorld in the US in 2013 and Brazil in 2015.

Interplanetary travel to new worlds, a sense of discovery, adventure and fantasy were the cornerstones of this edition of Tomorrowland. A story that revolved around a discovery made by an "exceptional scientist". “The Arising of Life” placed the artists at the foot of a burning volcano, in an almost prehistoric scene. A year where artists like Tiësto, Sebastian Ingrosso, Hardwell, Dimitri Vegas & Like Mike, Fedde Le Grand or Nervo graced the stage of one of the best festivals in the world.

The tenth edition of the festival told the story of a talented inventor whose mission was to bring happiness in dark times, all with the help of a fantastic key. “The Key to Happiness” is another of Tomorrowland's most representative symbols, and the inventor´s kind face was the focal point of the main stage.

Like the 2013 design, the 2014 stage travelled to Chattahoochie Hills for TomorrowWorld in 2015 and then to Brazil in 2016 for the second (and thus far, the last) Tomorrowland in South America.

As if it were a trip to Narnia, the 2015 edition encouraged everyone to visit the country of “Melody” and discover its magic. A gothic cathedral of dance music emerged in the centre of “The Secret Kingdom of Melody” in 2015. Imposing, powerful and sky-high, this was the tallest design to date. On that immense stage, names from the electronic universe as renowned as Alesso, Armin van Buuren, Hardwell, Avicii, Sven Väth, Axwell Λ Ingrosso and Robin Schulz stood out.

Fantasy and magic to begin the search for eternal happiness. “The Elixir of Life” brought us back to nature with one of Tomorrowland's most beautiful sets, featuring DJs like Deadmau5, Eric Prydz, Tiësto, Axwell & Ingrosso, Dimitri Vegas & Like Mike, Martin Garrix, and The Chainsmokers.

An edition that moved away from nature and fantasy themes of previous years to surprise its audience with a circus show. “Amicorum Spectaculum” set up a tent on the stage full of props and artists on the tightrope as if it were a circus. Those responsible for the soundtrack of this circus show included Martin Garrix, Armin van Buuren, David Guetta, Axwell & Ingrosso, Dimitri Vegas & Like Mike and Paul van Dyk.

A submerged fantasy world transformed the stage into an underwater universe of coral reefs, sea snails and in the middle, a big seahorse. Once again, the main protagonists were some DJs who usually play in Ushuaïa Ibiza as well, like Armin van Buuren, David Guetta, Dimitri Vegas & Like Mike, Hardwell and Martin Garrix.

With the celebration of its 15th anniversary, Tomorrowland recovered a fan favourite theme. And again, it was a success. With the stage being occupied by artists like The Chainsmokers, Armin van Buuren, Carl Cox, Martin Garrix, Dimitri Vegas & Like Mike, Charlotte De Witte, DJ Snake and Above & Beyond, Tomorrowland shows no signs of slowing down in setting up one of the most renowned and unique festivals of our generation.

Tomorrowland has outdone itself every year and that is why we are sure that it will not disappoint in 2020.

Follow us in Ushuaïa Ibiza to discover the next events and experience the union of music and innovation like never before.

Be the first to know about everything that is The Ushuaïa Experience. 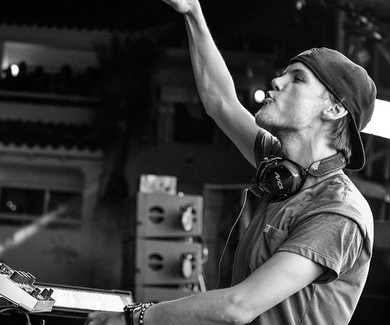 The emotional tribute concert for Avicii.