Ushuaïa Ibiza Beach Hotel has officially opened for the 2019 season! And this means that summer has officially arrived on the island of Ibiza. Last weekend music enthusiasts got what they´ve been asking for, Ushuaïa Ibiza and Hï Ibiza created the biggest and most-awaited party of the year, a 24h event of non-stop music by the best in the business, the one and only ODYSSEY IBIZA OPENING PARTY. And to start the event in an unconventional way, characteristic of Ushuaïa Ibiza, the passengers on an Iberia Express flight from Madrid to the White Isle, got to experience Ibiza and Ushuaïa Ibiza at 3000 feet in the air.

It was the first flight of the season for the company and the passengers had no idea what was going to happen... Suddenly, the music started to play and the 200 travellers were surprised with a real disco on board; ODYSSEY IBIZA OPENING PARTY opened the season in the air, flying over the peninsula towards the Mediterranean. A surprise mid-flight for the passengers onboard the Iberia Express .

In addition to having fun, the passengers received various gifts, such as sunglasses and hand fans, which made the atmosphere even more lively on the way to Ibiza. The aim of this joint action was precisely to transmit to the travelers the feeling of experiencing first hand an authentic opening party. In this case, ODYSSEY IBIZA OPENING PARTY had a special attraction for being an event lasting 24 hours and being held, for the first time in the history of the island, in two of the most famous clubs in the world: one during the day and outdoors, Ushuaïa Ibiza Beach Hotel, and another at night, Hï Ibiza.

The Friday 17th of May flight was nothing but unforgettable for the 200 passengers onboard. And while flying in style is a celebration in and of itself, the party had to continue on land. From Saturday and for 24 consecutive hours the ODYSSEY IBIZA OPENING PARTY managed to make history, with the event starting at midday in Ushuaïa Ibiza Beach Hotel. Revelers got to enjoy the sets of Tale Of Us alongside the German techno giant, Stephan Bodzin, one of Berlin's most popular DJs. With Paul Kalkbrenner making sure everybody got lost in the music, Danish DJ and producer Denis Horvat and South Korean sensation Peggy Gou joined the revelry to make the opening party nothing short of legendary. Summer´s here, bringing outdoor events in Ushuaïa Ibiza with it!

The music continued into the night in Hï Ibiza, with one of Germany's best DJs, Adam Port. It was followed by the duo that is topping all the techno charts right now, Adriatique and Crosstown Rebels. It was a night to remember, where the well-known Damian Lazarus took the stage before the incomparable Richie Hawtin made his Hï Ibiza debut on the iconic stage of the venue. To end this massive musical experience Tale Of Us came back to close the 24h adventure, one beat at a time. 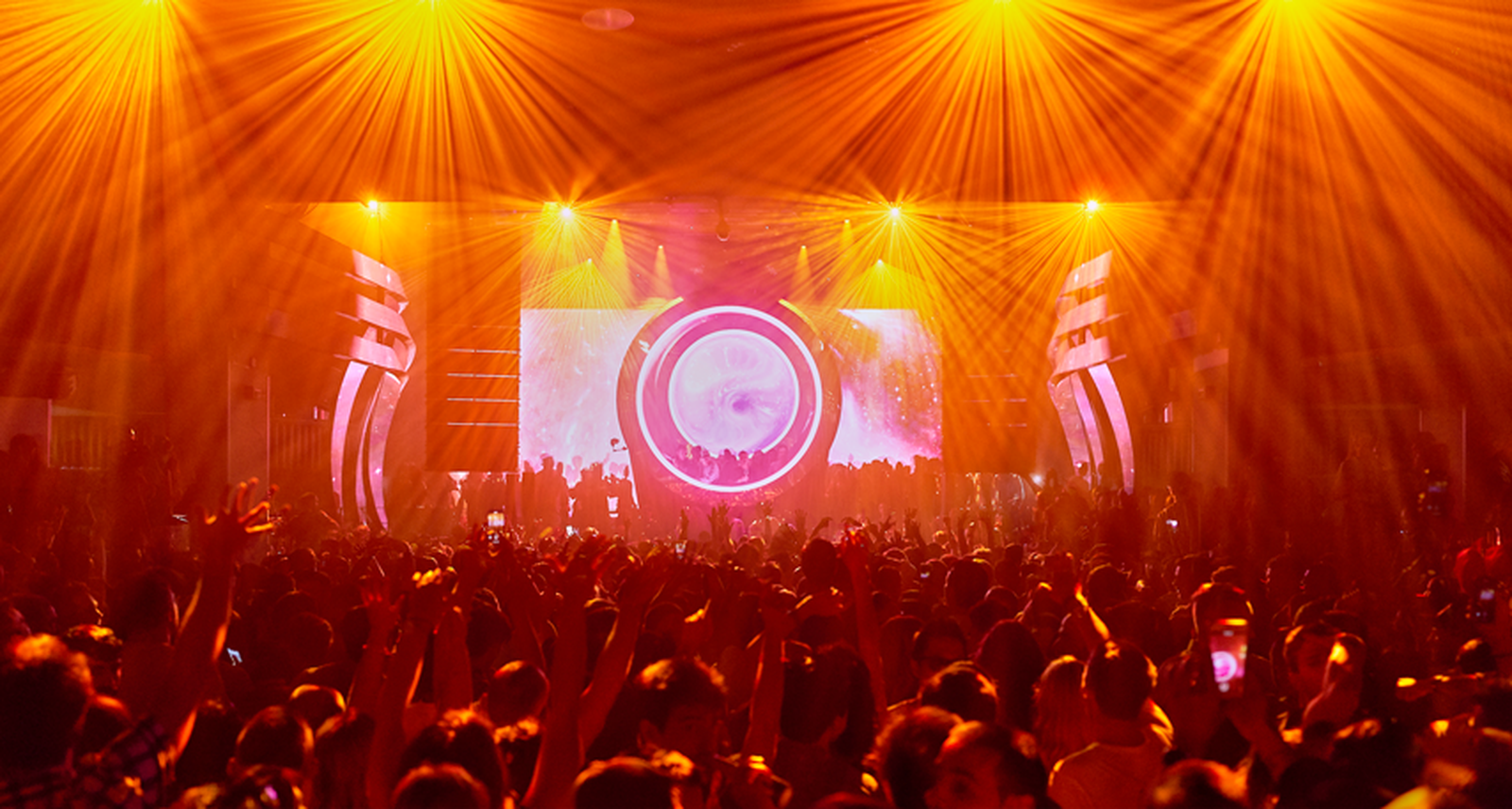 The event continued in Hï Ibiza with the best artists of the current techno scene.

ODYSSEY IBIZA OPENING PARTY came, saw and conquered the expectations of many if not all who were present at this momentous event that saw the underground techno scene deliver the best music of today. As always, Ushuaïa Ibiza doesn´t disappoint and it´s just getting started for what will be an unprecedented season filled with surprises.

Prize draw on board to live The Ushuaïa Experience

Among the passengers of the EDM flight, those who shared content on their social media accounts were admitted into a prize draw with the possibility to win two flight tickets to Ibiza, coupled with accommodation at Ushuaïa Ibiza Beach Hotel and passes to both clubs, to enjoy this 2019 summer season.

The winners will have the opportunity to enjoy Ibiza at its best and live The Ushuaïa Experience in one of the most iconic hotels on the island, with live performances by the best DJs in the world in an exclusive, chic and avant-garde atmosphere, where the staff and services provided are made to make your stay as comfortable as possible. Experience Ibiza in all its glory and pamper yourself this summer!

Do not worry if you could not participate in this draw or missed the first opening party of the season. You can make your reservation for this summer at Ushuaïa Ibiza Beach Hotel and buy tickets for your favourite events at Ushuaïa Ibiza and Hï Ibiza.