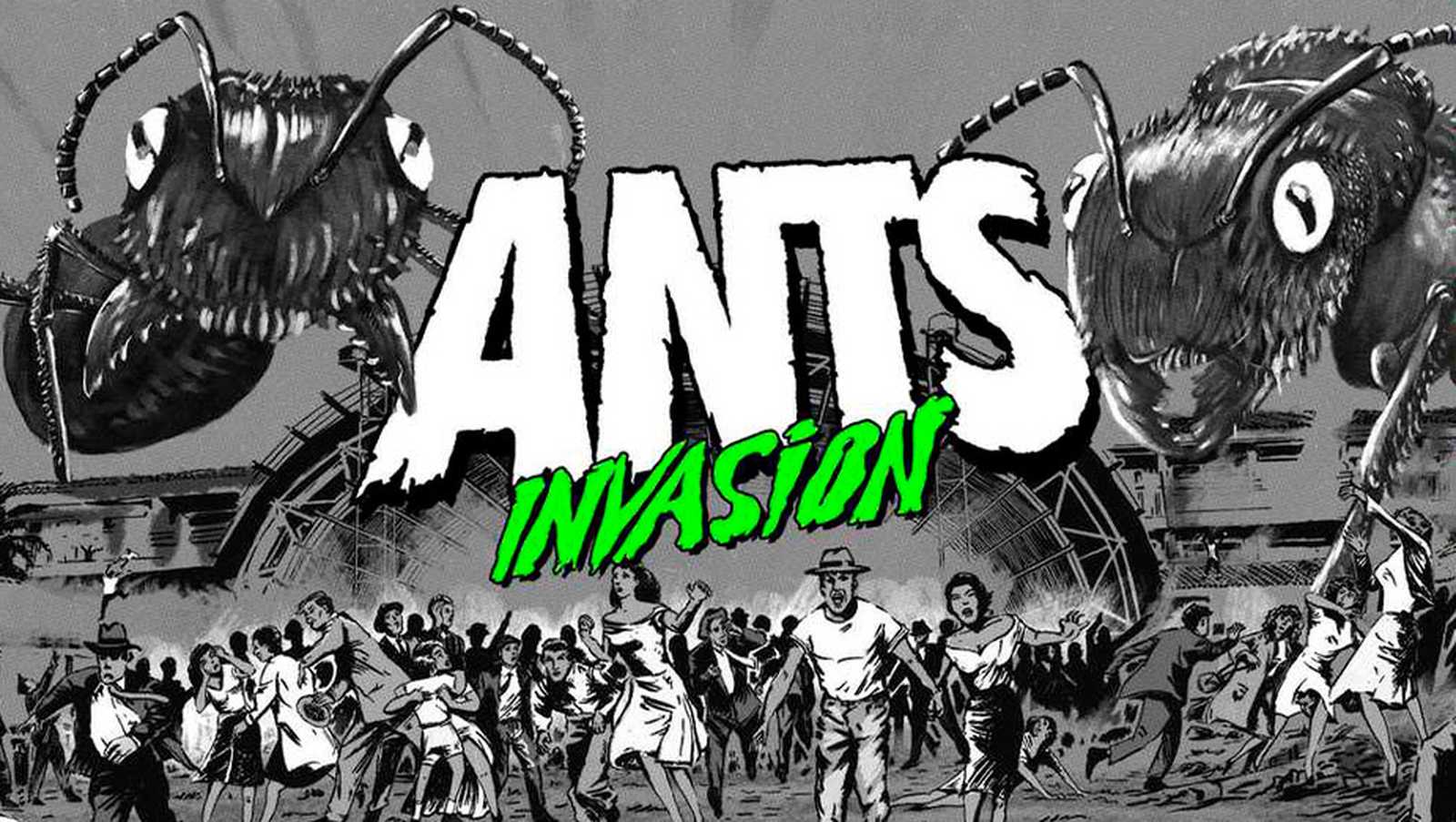 Ready for the ANTS INVASION in Ibiza 2020?

The island of Ibiza is on high alert. Giant ants are threatening to take over the 2020 season and sow chaos. To counteract this INVASION, the ANTS Ibiza members of the 2020 colony have come up with a plan. Fun and quality music are the ingredients to subdue the ants. The battleground? Ushuaïa Ibiza Beach Hotel. Now more than ever, the island needs the ant colony in order to survive!

It is under this premise that the eighth season of ANTS will take place in Ushuaïa Ibiza Beach Hotel this summer 2020. Every Saturday, for 20 weeks, the best music and a unique atmosphere will once again fill the club best known for quality music on the island of Ibiza. Tickets are now on sale!

INVASION is a concept inspired by the B films of the 1960s, a mixture of comedy and vintage horror movies that will transform Ushuaïa Ibiza into a museum of references to this film industry era. An extensive, exciting season that will begin on the 16th of May and end on the 3rd of October, always in the usual fashion, on the Saturday afternoon schedule. Don't wait until the last minute and get your ticket, because this ANTS Ibiza 2020 season promises to be spectacular...

This news joins other exciting announcements from Ushuaïa Ibiza for this summer of 2020, such as David Guetta's new residence with BIG and the overwhelming joint opening of Ushuaïa Ibiza Beach Hotel and Hï Ibiza with Odyssey on Saturday 9th of May.

Some of the artists who will participate in ANTS INVASION during this 2020 season in Ibiza are already known. Many are already part of the colony's DNA and have demonstrated their talent over the years, with spectacular sets and moments loaded with quality music. The names confirmed so far are Andrea Oliva, Davide Squillace, Francisco Allendes, Joris Voorn, Kölsch, Matthias Tanzmann, Nic Fanciulli and Steve Lawler. Exciting times await while the best DJs on the island prepare moments filled with surprises!

Andrea Oliva's career continues with its unstoppable ascent. After a 2019 full of successes, Andrea continues with an extensive tour that in the last part of 2019 led him to perform at the Heart Festival in Miami, and with elrow at two spectacular events in Las Vegas and New York. His tour will continue, up until the arrival of the Ibizan season with numerous performances including his participation in the long-awaited ANTS party at Printworks London, Miami Music Week (Closing Pool Party), Time Warp Mannheim or the 2020 Offweek Festival in Barcelona. His latest EP "Repeater EP" from the Truesoul label, whose tracks are sure to sound brighter than ever in the booth at Ushuaïa Ibiza Beach Hotel, is a powerful four-track piece, perfect for the dancefloor.

Francisco Allendes is still one of the most active members of the colony. Having finished 2019 with several memorable performances, such as ANTS at Fabric London and Opium Mar Barcelona, Allendes is now tackling an exciting 2020 in the booths of such major events as ANTS at Printworks London, Get Lost Miami 2020, elrow NYC and the Kingsland Festival 2020.

Last Friday, February 28th, Francisco Allendes had the honour of presenting the 100th special program of ANTS Radio Show, one of the most successful radio programs of electronic music in the world, with about 11 million international listeners every month and with radio stations in 24 countries.

Another artist on the ANTS Ibiza 2020 roster is Joris Voorn, one of the most sought-after DJs of the moment. A few months ago, he presented his latest album after five years of waiting. It's called "FOUR" or \\\\ because it's his fourth studio work, and its signs of identity are based on house and trance sounds. We also find touches of electro and breakbeat from the 90s, but the foundations of this work are the combination of the first two styles. In "FOUR", Voorn doesn't simply accumulate singles, in fact, his tracks fit perfectly with each other, demonstrating Joris' versatility, able to create hits for the dance floor and also more measured melodies that you can listen to in your headphones.

The success of the album has accompanied him on his tour, which so far has visited such electronic temples as the club Room 26 in Rome, the Rex Club in Paris, the Deschis Gastrobar Bucharest, the SWG3 Glasgow, the Watergate in Berlin, the De Marktkantine in Amsterdam and The Circus Helsinki.

KÖLSCH WILL ALSO BE AT THE ODYSSEY OPENING PARTY

Kölsch has also not stopped this winter and its sound has impressed thousands of people across five continents. After being one of the main protagonists of the 2019 closing ceremony at the Fabric NYE event in London, Kölsch faces 2020 with a wide agenda of events such as the Sonar Istanbul, the Time Warp Mannheim, the Awakenings Easter Saturday in Amsterdam, the Warung Day Festival 2020 in Brazil and the spectacular Odyssey Opening Party at Ushuaïa Ibiza Beach Hotel.

We continue the list of artists on the ANTS Ibiza 2020 roster, with Nic Fanciulli, who has earned the affection of Ibiza's clubbers. His knowledge and talent for composing symphonies have been evident in his latest release, an EP entitled "Leap Of Faith". This work by Saved brings together the talent of Nic Fanciulli and the young Black Circle. The main theme is the perfect combination of percussion and melodic elements congregating into one point before exploding into a beautiful piano melody. "Breakfast The Breakfast Club" follows their example, but adopting a different approach, full of percussion, organic drums, inventive rhythms, intense risers... Fanciulli's sound once again amazes us with each of his tracks. Let it be summer already!

Steve Lawler will not miss his appointment with ANTS Ibiza 2020. The veteran DJ is still immersed in a large tour and the production of new projects. He started 2020 with a spectacular party at the Miami Treehouse, followed by a special edition of ANTS at Cenote Casa Tortuga in Tulum and an unforgettable set at La Mecca Peru. Until his Ibiza season starts, Steve will not stop travelling visiting countries like Dubai, Spain, the United States and England. In each of these destinations, he will continue to test his summer hit "People", a veritable anthem of our generation setting the tone of the new decade, accompanied by his debut with the Truesoul label.

Lawler had to say this about "People": "This song was written from what I see and hear from around the world, every day. The struggle, the racism, the sexism, the terrorism. As a father, it scares the hell out of me. I had to write something, but I never knew how to do it without making a depressing record. So this is my attempt to do something beautiful, but with the message I wanted.”

Last but not least, two of the most active members of the Better Lost Than Stupid trio, Davide Squillace and Matthias Tanzmann, have also officially confirmed their attendance at the Ushuaïa Ibiza Beach Hotel during the 2020 season, they will be fundamental pillars of ANTS INVASION. The two underground artists are also continuing their separate careers. Matthias Tanzmann, with his label Moon Harbour Recordings, keeps creating amazing beats of the minimal style like "Let's Roll".

ANTS Ibiza 2020 returns stronger than ever with a new concept, with a new stage production and out-of-this-world creative expression, but with the same clubber spirit that has placed this event in Ushuaïa Ibiza at the top of the electronic music scene.

The INVASION cannot be stopped, answer the island´s call to arms and join us this summer in Ibiza! 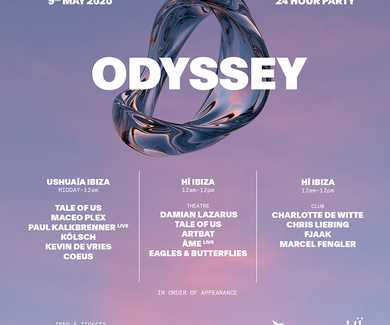 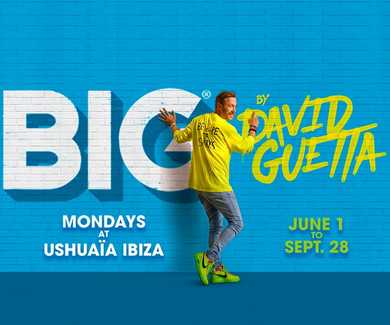 Ushuaïa Ibiza presents its first residency for the 2020 season: Big by David Guetta.