The past few years have exposed us to the meteoric rise of the DJ as a lyrical hitmaker, the go-to producer, topping charts and filling stadiums. In this whirlwind of new musical evolution, new events started to take center stage. Never done before, new concepts dedicated to providing an unforgettable musical experience. The world of electronic music has never been the same after that. The decorum, the lighting, the performances and showmanship, the production and staging…. Everything is pushed to the limit making an event unforgettable, a memory of the best time of your life. With that being said, take a bow to elrow.

Imagined and created by the Arnau family, elrow was quick to attract attention. The commitment to the excessive, to the richness of details, the immersion of the attendees in the experience and the otherworldly ambiance created by the event, paid off fast. The best clubs and festivals in the world took notice and soon wanted the elrow magic in their venue. The event now is present on all five continents representing the wonder of electronic music and testing the limits of how much fun you can actually have in just one day.

Ushuaïa Ibiza is not one to let a concept of that scale and ingenuity escape its radar, so the collaboration with elrow was a move that was destined to happen. And so, 2018 arrives, with elrow present in Ushuaïa Ibiza Beach Hotel, ready to wow us with a show that was inevitably and unapologetically memorable. The most famous open-air club in the world hosted that year two themed parties: the Sambódromo of Brasil and the Bermuda Triangle. Two of the best events of that summer, that gave us a taste and left us wanting more.

In the history of the island, very few events have generated such a buzz and made such a great impression on clubbers, residents and venues alike. But everything will be ok, for those of you who couldn´t make it last year, Ushuaïa Ibiza is here to make that right, with not two but FOUR elrow events scheduled for the summer of 2019. This harmonious relationship between elrow and Ushuaïa Ibiza is set to impress, so clear your schedule for the 17th of July, 7th of August, 21st of August and 18th of September and don´t make last year´s mistake. The tickets are already on sale, move quickly before it´s sold out and regret sets in.

When elrow sets its sight on a new territory to conquer, it rarely fails to impress and ultimately builds a relationship that transcends that of mere electronic music event. Thus, is the case of the city that never sleeps, New York City, the capital of "Cosmopolitan"´s is now one of the brand´s home away from home. This fateful partnership began in 2016 with a show at Manhattan´s Flash Factory. It continued the following year at the Electric Zoo Festival until it reached its current venue, Avant Gardner in Brooklyn, where they have established their New York residence.

Although its strong point continues to be the stage production, elrow NY has made sure to have in its musical offering top artists such as Jamie Jones, Seth Troxler, Eats Everything, Claptone, Joris Voorn, Adam Beyer, Loco Dice, Richie Hawtin, Hot Since 82, Toni Varga, Andrea Oliva and Steve Lawler. The Brazilian essence of elrow

If there´s one country that managed to fuse perfectly with the elrow concept that´s Brazil. The lifestyle, the colours, the sun, the joie de vivre and the passion characteristic of Brazilians, in general, has meshed well with the credo of elrow. Usually, the Arnau Family´s event tends to bond with big cities, but in this case, elrow left its mark on the whole country. The impressive madness that is elrow managed to reach famous clubs such as Green Valley and Laroc Club, also stopping by the great locations of Canindé Stadium and the Anhembi Sambódromo, both in São Paulo.

In addition to its presence on-site, elrow went further and engineered a concept fit for the country´s identity, by exporting the spirit of Brazil. "Sambowdromo de Brasil" was a resounding success, it transformed the Ushuaïa Ibiza Beach Hotel and its beach in Playa de´n Bossa into a carnival of the likes of which the White Isle has never seen before. A wild, colorful and fun event, Brazil style. 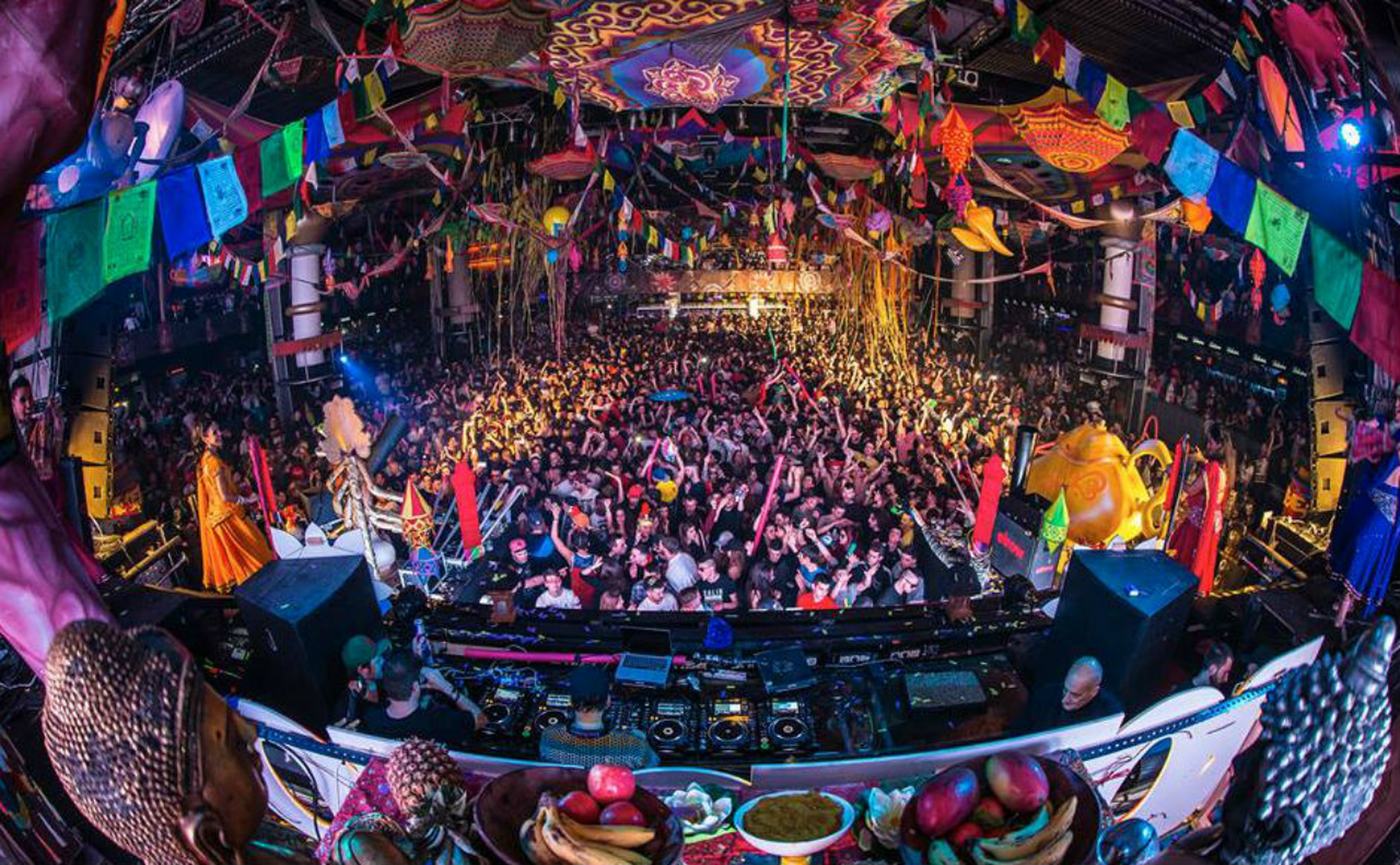 London, full of colour and splendor

London is one of the main stages for the international clubbing community. Any project, event, concept, even musical career, must pass through the filter of London and its clubbing scene if it wants to go any further. Elrow was ready for the challenge. With its now well-known brand of unlimited and uninhibited fun, the event put worries to rest with their two-day show at the Queen Elizabeth Olympic Park, complete with giant camel, overwhelming energy and superior stage production, elrow made sure the British capital remembered their name.

This year-round, 2019 elrow throws out the tried and tested methods by booking Trent Park as its location. The huge space, forest included, will present “The Enchanted Forest” and “The Triangle of the Rowmudas” as the themes of this 12-hour event. Jamie Jones will lead a lineup composed of more than 50 DJ´s so you can have the perfect soundtrack to your Alice in Wonderland moment. Visiting the land of “Down Under”

To say that elrow is a global phenomenon is an understatement. Electronic music and the lifestyle it brings with it has no boundaries. And elrow is determined on making sure that´s the case by reaching for the far corners of the earth, specifically Australia!

As is customary in the nature of elrow, its events do not go unnoticed. As soon as it set foot on Australian soil, the event sold out in Sydney and Melbourne. Since then, Australia has been a regular destination for Nic Fanciulli, wAFF, Marc Maya, Bastian Bux, Doorly, Leigh Rigg, MK, and HandsDown. It´s time to count the days till summer. The event will be back in Ibiza this season ready to surprise even more, entertain and immerse. Elrow will be in Ushuaïa Ibiza Beach Hotel on the 17th of July, the 7th and 21st of August and the 18th of September.