We all know that the Ushuaïa Ibiza Beach Hotel is home to the best artists of the moment thanks to its ground-breaking, trend-setting, exclusive, glamorous proposal. And to make summer 2022 the best one ever, Ushuaïa Ibiza Beach Hotel has placed all its bets on hosting the ultimate White Isle experience in a luxurious space. This year’s line-up combines classic residencies with innovations that take the experience of past seasons to new heights.

At last, many clubbers’ dreams have come true with the fusion of two icons. The world's most famous open-air club, Ushuaïa Ibiza Beach Hotel, and the party that changed the history of electronic music, F*** ME I'M FAMOUS!. Its creator, David Guetta, the number one DJ in the world, is back in the venue that sent his concept into orbit. An experience brimming with excellence, glamour and sensuality. Every Monday, from 6 June to 3 October, trailblazer David Guetta will bring the party to the Ushuaïa Ibiza Beach Hotel, surrounded by a cast of top-tier acts to amaze dance fans.

Ushuaïa Ibiza Beach Hotel welcomes world-renowned electronic duo Camelphat. After smashing it with a residency at Hï Ibiza, they now have a brand new home at the most luxurious spot on the Playa d’en Bossa. In the wake of the massively successful Dark Matter tour and fully loaded with an arsenal of new music, the Liverpudlian friends are headlining at the Ushuaïa Ibiza Beach Hotel from 14 June to 27 September. Dave Whelan and Mike Di Scala are not going it alone. Manchester duo, Solardo, will join them every week to form an unbeatable team. This foursome is a formidable coalition. Melodic house and techno fans will be in paradise and thanks to Camelphat, Tuesdays will never be the same.

The alliance between one of the world's biggest EDM festivals, Tomorrowland, and Ibiza’s most luxurious open-air club, Ushuaïa Ibiza Beach Hotel, is back with a vengeance in 2022. And who better than Dimitri Vegas & Like Mike to take party people on a spectacular musical journey. Tomorrowland’s breathtaking Crystal Garden stage host the action this summer. The structure is designed to fascinate, catching the energy of shimmering sunlight reflections on the surface of the sea. Ushuaïa Ibiza Beach Hotel will be a glittering open-air fairytale festival from 15 June to 21 September (except for 20 July, 17 August ,and 7 September). Dimitri Vegas & Like Mike won’t be alone. While waiting for confirmation, we are sure we'll have a diverse collection of talent like Jonas Blue, Timmy Trumpet, Lost Frequencies, Oliver Heldens, and Nicky Romero. Tomorrowland Presents Dimitri Vegas & Like Mike is more than a simple event, it's a colourful, innovative sensory experience.

Ushuaïa Ibiza Beach Hotel is home to Martin Garrix. Since his much-talked-about first residency in the best open-air club on the White Isle, Martin Garrix has been totally at home, with high-calibre sets that keep the dance floor throbbing. He is one of the fastest, most spectacular success stories of recent years. He shot to fame after he first took to the stage and produced his first hit single in 2011, Animals. Since then, the musical talent of Martin Garrix has brought him incredible success. He has been leading the DJ Mag Top 100 DJs poll for three years, something achieved by very few artists. In 2022, Martin Garrix has a residency of ten dates from Thursday 7 July to 8 September at Ushuaïa Ibiza Beach Hotel. A unique opportunity to enjoy a record-breaking artist.

There's not much we can say about Calvin Harris that you don't already know. This DJ producer and composer has a barrage of platinum discs, is the undisputed prince of EDM and is the talent behind a string of chart-topping tunes. Calvin Harris at the iconic Ushuaïa Ibiza Beach Hotel is the perfect combo between the best outdoor party and the world’s hottest EDM superstar. Don't miss one of the biggest, most awe-inspiring events of the summer, every Friday from 3 June to 2 September.

It’s been seven years since ANTS has been filling Ushuaïa Ibiza Beach Hotel with high-octane, immersive experiences. The colony is back for its eighth and most spectacular season. This year's ANTS is inspired by 1960’s B-movies, when killer ants from space try to destroy the Ibizan nest. The new season of ANTS INVASION at Ushuaïa Ibiza Beach Hotel will have 22 events, every Saturday from 7 May to 1 October. With mind-bending visuals, incredible sets, and world-class performances, the soundtrack is provided by world-class acts including Andrea Oliva, Davide Squillace, Eats Everything, Eli & Fur, FISHER, Groove Armada, Hot Since 82, Joris Voorn, KiNK, Kölsch, La Fleur, Maya Jane Coles, Nic Fanciulli, Pete Tong, Richy Ahmed, Solardo and many more. Join the colony and fight the alien invasion!

After a three-year hiatus in his frenetic career, Hardwell is making a highly-anticipated return to the DJ booth. As part of his world tour to present his “Rebels Never Die” album, on Sunday, 14 August, the young electronic music hero will be at the Ushuaïa Ibiza Beach Hotel for one exclusive date only.

Trance music guru Armin van Buuren has already performed on the iconic Ushuaïa Ibiza on 9 and 26 June this year. The Dutch star will be back at Ushuaïa Ibiza Beach Hotel to close out the season with two final shows on 19 and 25 September. His explosive performances promise to fill the White Isle's best dance floor with irresistible grooves.

Sundays at Ushuaïa Ibiza Beach Hotel are a carousel of brilliant stars. One of them is Norwegian DJ Kygo, who will play an exclusive one-off show on 7 August.

A musical revolution will happen at Ushuaïa Ibiza Beach Hotel on Sunday, 24 and 31 July. Reggaeton king Ozuna has teamed with Grammy-nominated DJ Snake for two exclusive shows with the perfect fusion of Latin music and electronic sound.

No one can deny that Swedish House Mafia, a trio made up of Axwell, Steve Angello, and Sebastian Ingrosso, has been taking the dance music world by storm. Seeing them live is an unforgettable experience, as we saw on 17 July at Ushuaïa Ibiza Beach Hotel with a landmark show.

Reggaeton’s international ambassador J Balvin treated us to a new installment of the NEON Experience on Sunday, 10 July. Ushuaïa Ibiza Beach Hotel was taken over by a one-of-a-kind event featuring massive international artists from the Latin American scene and reggaeton stars. 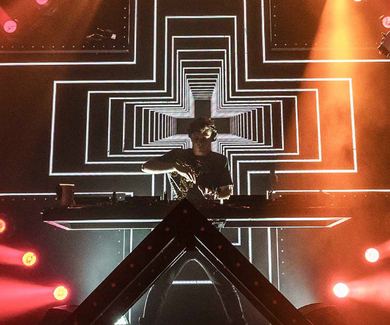 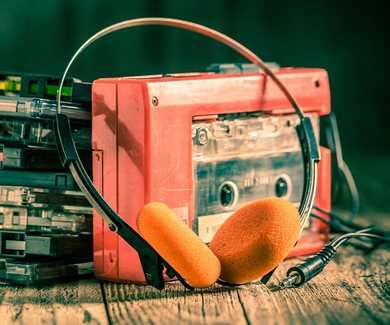 From Walkman to Airpods: the revolution of portable music. 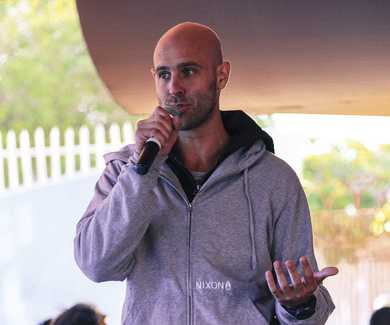 Bridges for Music: from Ibiza’s club scene to South Africa