Musically-born on the French radio scene in the mid-80s and star of the electrofunk wave in the 90s, Dimitri Yerasimos, aka Dimitri From Paris, is still banking on the organic sounds of the record.

His name is among the Ibiza DJs that set the rhythm of the summer nights each year, for hundreds of thousands of clubbers coming from all corners of the planet. From Paris to Ibiza, ready to take the world by storm with his energy and confidence that has become his trademark.

And since he´s on one of his visits to the island, we took the opportunity to ask him a few questions... 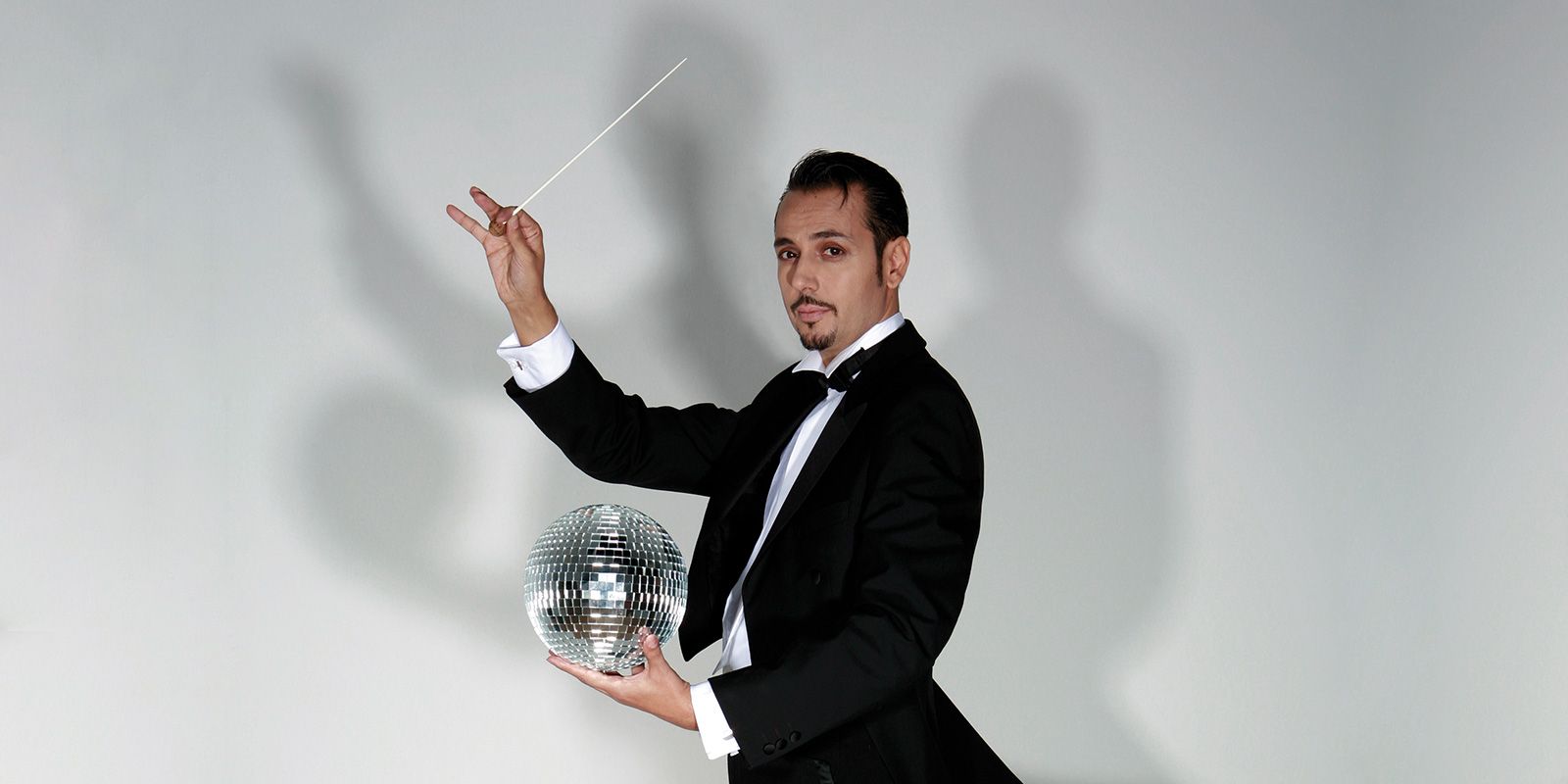 Q- What were your beginnings on the radio like, back in those days when you collaborated with Radio 7, Skyrock, NRJ…?

A- It was really exciting; I was making mixtapes and re-edits at home as a hobby, without any sort of aspiration. I had no contact with anybody who was doing that kind of thing at the time. At some point between 1983 and 1985, I started sending tapes with my stuff to radio stations and they started showing interest. That gave me visibility and opened doors to studios where I could make my first remixes, which was my ultimate dream. At the beginning of the 90s, there were just three of us in all of France who worked on the whole process of editing, mixing and remixing. It was a school where I learned a lot.

Q- At that time, you also worked in the fashion industry. What is the best part of working in that field as a producer or DJ?

A- That was really good because it was really different from what a DJ normally does. I was making mixes for the now super famous fashion musical selector Michel Gaubert. He has connections with all of the important stylists and he has an enormous musical culture. I owe him for teaching me the values of eclecticism in musical selection during that period of my life (we are talking at the beginning of the 90s).

Q- During those same years, the electrofunk scene in Paris started coming about, which reached international fame thanks to the parties and compilings of Respect. What was that like? Do you feel like you were a part of that movement?

A- The first person who gave me work at a good club was Pedro Winter (aka Busy P; they knew him as Ed Banger). I was just a young music lover who worked as an intern at a small radio station (currently FG Radio). He was part of a Parisian club scene that signed non-French DJs, while many of us were already touring internationally. Respect came after and it was the first club to schedule Daft Punk when they were underground. Pedro wanted to be part of the Respect team, but Daft convinced him at the last minute to become their manager.

There was a genuine sense of community then, of family; one in which everybody helped each other. One in which you were happy when things went well for others. It was a golden age when everyone knew each other, and when they enjoyed a well-deserved recognition.

Q- What is your relationship with Ibiza? Have you seen big changes on the island over the years you have been visiting it?

A- I´m a regular in Ibiza since the first Defected parties at Pachá, and later at the Glitterbox events. I´ve only been there to deejay. Simon Dunmore (of Defected/Glitterbox) and I share the same values about music and clubbing, so I love to come see this unique concept grow and grow, year after year.

Many clubs in Ibiza have followed different trends, when what they used to do was create them. Glitterbox was daring when they did something different from the others. It created its own audience and its own trend; from Ibiza to the rest of the world.

Q- Tell us about what you are into these days.

A- The last few years have been, surprisingly enough, the busiest of my career. And I´ve been around for more than 30 years! Dance music with record influences is still booming, and because I´ve always defended that style, they´re needing me to perform more and more. It´s a really pleasant drag, a good alternative to my clubbing dark side, where there is still a lot to be done, musically-speaking. I´m also making a ton of remixes and even producing live musicians, sometimes even entire bands. I try to breathe a little fresh air into this world of music created by computers.

From Paris to Ibiza, and from there, the entire world...

From Paris to Ibiza, and from there, the entire world! This is how Dimitri Yerasimos, one of the Ibiza DJs who contributes to making summers on the island a true paradise for dance and electronic music, is often described. This season, he will be in Hï Ibiza with Glitterbox, from 26th of May to the 6th of October.