All great music careers have a turning point that marks a before and after in their path. This is usually a track or a song that reaches global acclaim and shoots the artist straight to stardom. That’s what happened to Martin Garrix when he created a track that, no sooner had it been released than it became the anthem of a generation. Obviously, we’re talking about the hit song “Animals”…


Before distilling the essence and significance of “Animals”, it’s vital to get to know a little bit about its creator, young Dutch prodigy, Martin Garrix. In 2004, at just eight years of age, Garrix watched Tiësto perform at the Athens Olympic Games and, that was it, he fell head over heels in love with electronic music. He started saving up from that very day to buy himself the best mixing equipment on the market. When he finished his music production studies at the Herman Brood Academy in Utrecht, Garrix signed with Spinnin’ Records and began working on his greatest hit to date: “Animals”.


Much has been said about the source of the inspiration for this iconic Garrix song. Back then, nobody had heard of this Martin Garrix kid and there were even rumours bouncing around that the track was actually the work of Hardwell. But the truth is this: the young Dutch musician took inspiration from a Busta Rhymes song to create the greatest hit of recent times. To date, however, Garrix has not revealed which song this is, which only builds the mystery around the piece even more.

“Animals” dropped on 17 June 2013 and went straight to the top of the charts all over the world. The figures are unbelievable: more than 700 million YouTube hits and four consecutive weeks at number one on the Beatport charts, making Garrix the youngest ever DJ to hold the top spot for that long. But the most spectacular achievement was that “Animals”, composed by this 17-year-old newcomer, became the best-selling debut single in the UK charts, outdoing giants like Rihanna, Eminem, One Direction, Lady Gaga or Ellie Goulding.

What came after “Animals”

Far from sitting back and living off the fruits of the success of “Animals”, Martin Garrix set his sights on riding the wave and showcasing all of his talent. He kicked off 2014 at number 40 on DJ Mag’s world’s top DJs list, which opened doors into major music festivals like Ultra Music Festival and what would soon become his home, Ushuaïa Ibiza. In July of that year, he launched his first EP entitled Gold Skies, treating fans to five absolute gems: "Animals", "Wizard", "Tremor", "Gold Skies" and "Proxy".

In 2015 Martin Garrix decided to change his style and delve into Progressive House, a choice that proved to be spot on, as evidenced by the amazing "Forbidden Voices". This new musical facet led him to produce tracks like "Don't Look Down" with Usher, “The Only Way Is Up" with Tiësto, or "Waiting For Love" with Avicii.

One year later, Martin Garrix signed a contract with Sony Music and released “In the Name of Love”, definitively rising to celestial heights. From that day on, the good news has not stopped coming: DJ Mag crowned him world’s best DJ, he took part in the documentary “What We Started” alongside Carl Cox, and took home the awards for “Best Electronic Music Artist” and “Best World Stage Performance” at the 2016 MTV European Music Awards. 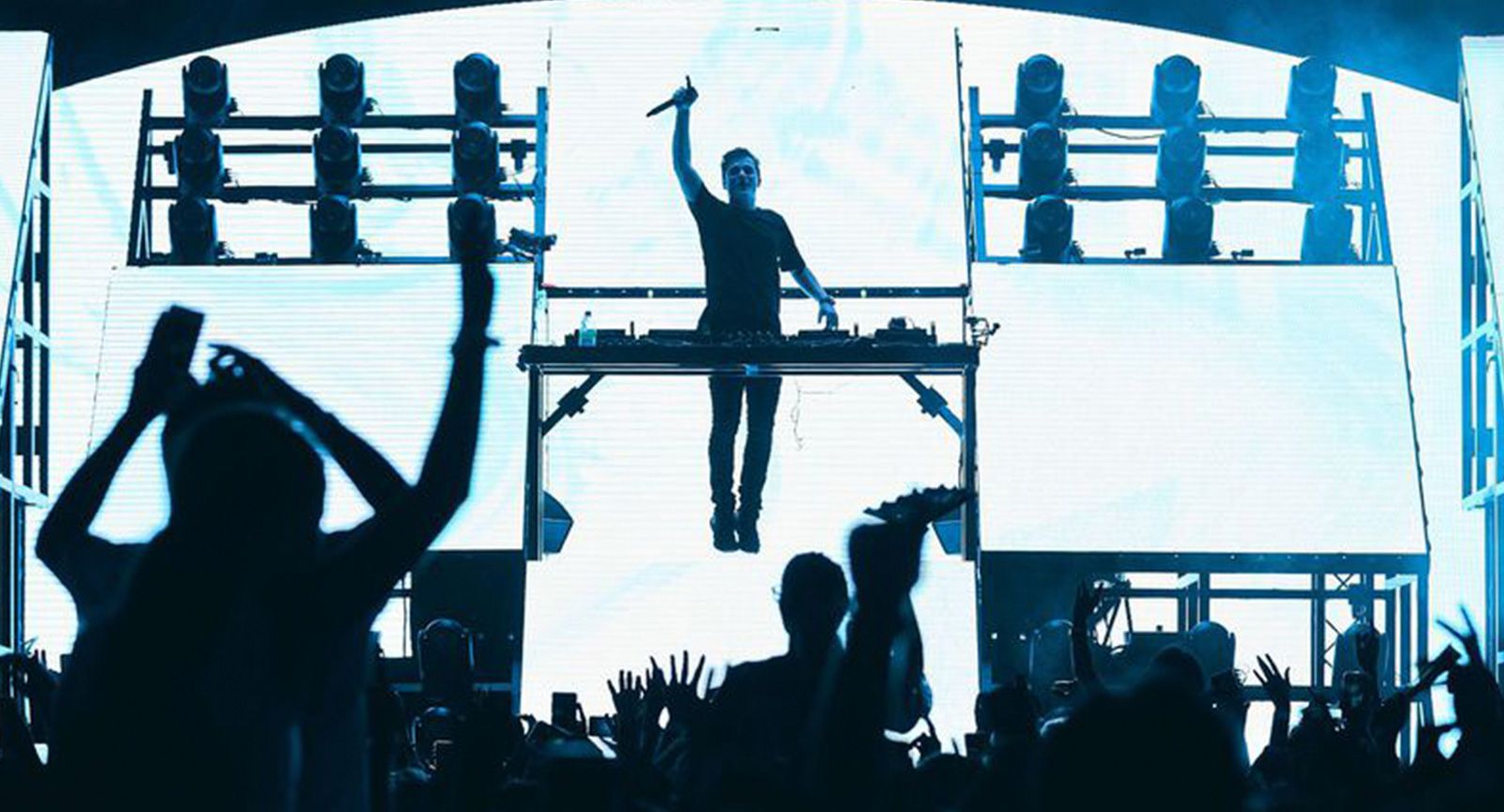 In 2018, not only was Garrix the greatest attraction on the Ibiza music scene thanks to his residency at Ushuaïa Ibiza, but he also had the honour of being the star of the South Korea Winter Olympic Games closing ceremony, where he indulged us with a sneak peek of his new EP BYLAW.

But Garrix isn’t about to stop surprising us… He has already announced that 2019 will see the launch of his book ‘LIFE = CRAZY’, a visual journey into the life of the young DJ through the eyes of his personal photographer Louis van Baa, with behind-the-scenes captures and masterful images shot at his most stellar performances. The perfect accompaniment for some pre-show downtime next season, as you enjoy the sunshine and the Mediterranean breeze by the infinity pool at Ushuaïa Ibiza Beach Hotel.