Ibiza plans for the night of Saint John the Baptist.

The night of San Juan is just around the corner, and the island of Ibiza prepares to illuminate the whole coast with bonfires and a night fair. If you haven´t decided yet on how to spend your weekend in Ibiza, almost all municipalities of Ibiza have made an itinerary for the most magical night of the year, so don´t fret. Take a stroll on the sandy shores, on the night of June 23rd in celebration of the feast of John the Baptist, a lively tradition that celebrates the arrival of summer on the island each year.

The history of the bonfires of San Juan is very old. Lighting a bonfire on the night of June 23rd was a rite that symbolized the purification of the participants, to leave behind sins and bad energies before beginning the summer solstice. Other traditions say that that night the fire was lit to give strength to the Sun because from that moment on its potential begins to diminish until the arrival of winter.

It does not matter if the origin is Christian or pagan and if it is true that it is the shortest night of the year or not. The important thing is that on the 23rd of June there are many things to do in Ibiza, and you have an appointment with the Mediterranean Sea, a night around the bonfire at the beach with family and friends. 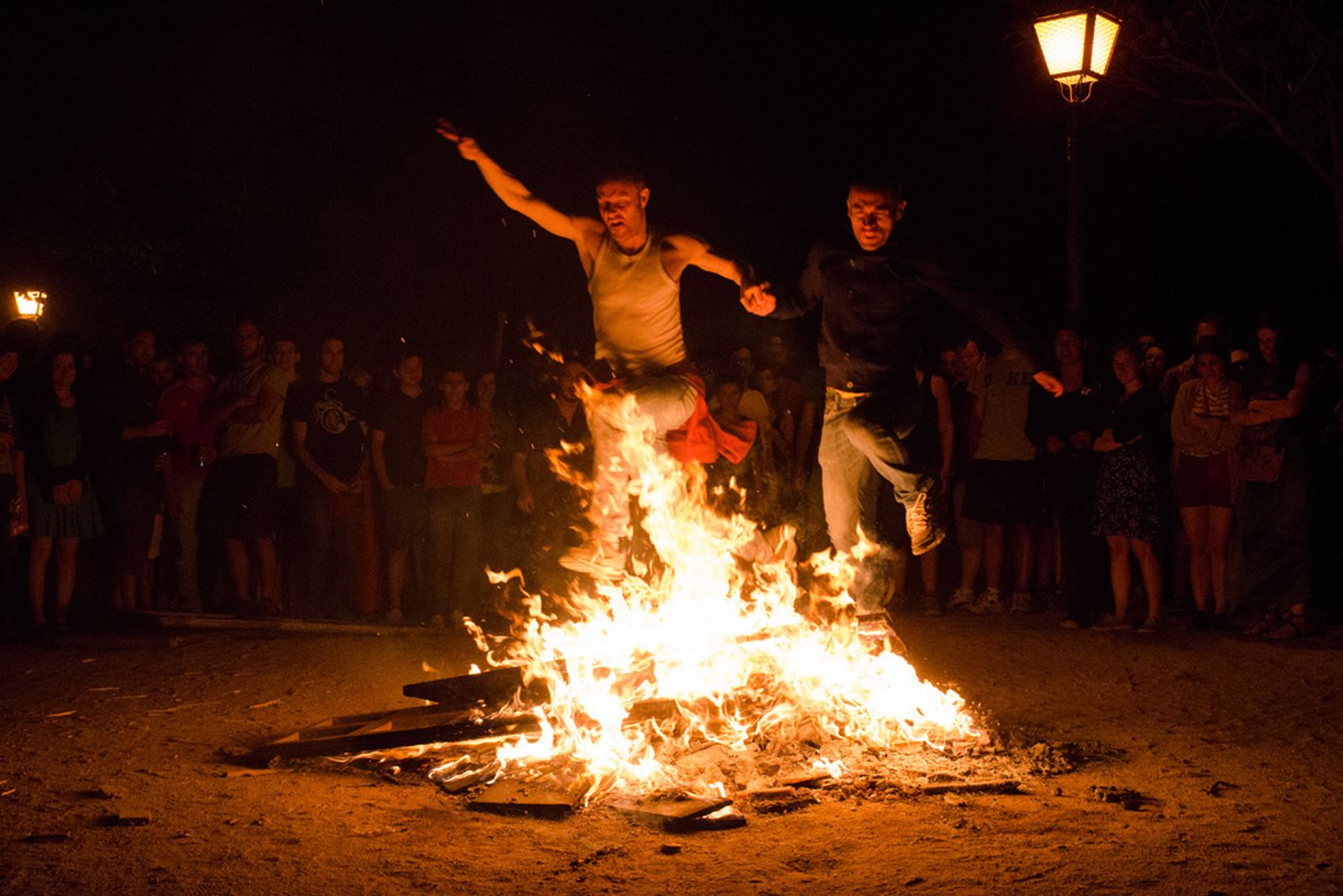 The feast of Saint John in Sant Joan de Labritja

Are you looking for activities in Ibiza for the night of San Juan? The municipality of Sant Joan de Labritja has organised various activities starting from 21:00 on Sunday 23 June, until well into the early hours of the morning. You can stroll through a market of handcrafted and recycled products to make the first Ibizan purchases of the season. You can listen to live music at 22:30, and minutes later a parade of puppets to discover the four elements of nature in a mystical and magical way.

But the best will come at midnight when they will light the nine bonfires of San Juan for the brave at heart to jump over the fire. "Buñuelos" (fried doughnuts filled with cream) and traditional Ibizan wine will not be missing on one of the most special nights for the residents of this small municipality in the north of the island. After the bonfires, there will be more music and festive atmosphere to the rhythm of the hits of the 60s, 70s and 80s music.

The beaches of Ibiza Town will also be lit on the night of Saint John with traditional bonfires. In addition, this year the council will distribute firewood and regulate the specific area where to make the fire for safety measures.

Among the plans in Ibiza for that day, there will be workshops with music and games for children from 19:00 in the district of Ses Figueretes, a tasting of typical macaroni from San Juan at 20:30 on the beaches of Talamanca and Ses Figueretes, as well as music and fireworks to illuminate the entire coastline of Ibiza City (Oldtown).

In the Can Escandell district there will also be a “macarronada popular” (free buffet with pasta), but before that there is a petanque tournament at 18:00, circus shows around 20:30, a women's indoor football tournament at 21:00, live music and, of course, the lighting of the bonfires from midnight onwards.

Caló des Moro beach will be the place chosen to light the 2019 bonfires in the municipality of San Antonio. Those who like to dance the swing have the opportunity to do so at 20:00, and then relax and enjoy a grilled steak, ribs and more at 21:00, all proceeds going to Cáritas Sant Antoni. All this culminating at midnight with the traditional bonfire leap on the beach.

The area of Puig d'en Valls, which belongs to the municipality of Santa Eulalia del Río, has prepared children's workshops at 18:30. And for those who want to show that their macaroni is the best, from 20:00 you can participate in the contest organized by the neighborhood. Starting from 22:00, the grilling of sardines commences, and feasting, dancing traditional Ibizan dances to live music will fill the night until the lighting of the bonfire ceremony at midnight, scheduled to be done in front of the local church.

And in the city of Santa Eulalia, from 17:00 to 19:00 there will also be workshops for children and young people, live music and the lighting of the bonfires of Saint John from midnight, on its small urban beach.

Before the bonfire... MUCHO IBIZA in Ushuaïa Ibiza

Besides these suggestions, you can also meet up with family and friends for a delicious dinner at the beach, with your favourite music, and, foremost, looking forward to a good time and greeting the summer of 2019.

Or…. how about some Latin rhythm, MUCHO IBIZA  will be pumping some life into a Sunday evening at the Ushuaïa Ibiza Beach Hotel from 17:00, get your tickets here!

Now that´s a good way to start the summer! Remember, next Sunday, the 23rd of June, at your local beach, be there by midnight! 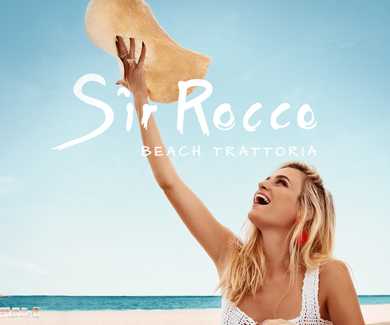 Have you tried the focaccia trufaldina from Sir Rocco Beach Restaurant? 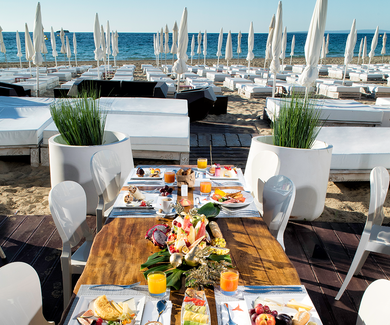 The Unexpected Breakfast boasts of many vegan options in its menu this season.